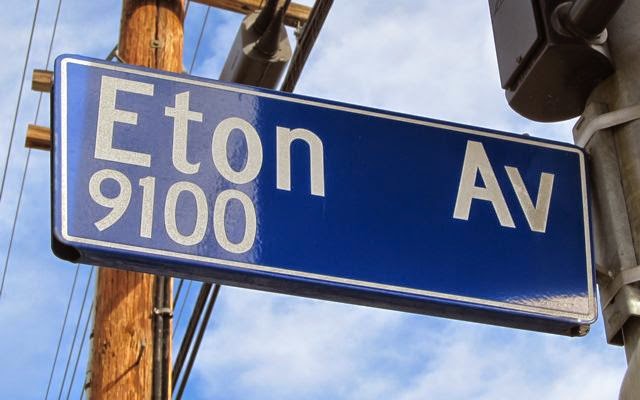 The person or persons behind the “Twitter” account @HiddenCash currently taking the West Coast by storm has hit Canoga Park.

Early this morning, Twitter messages, or tweets, began broadcasting across the World Wide Web leading Canoga Parkians young and old on a merry chase - the likes of which not seen in Southern California since 1963 at Santa Rosita State Park - as they tried to decipher the clues that would lead them to the envelopes containing Arby's coupons, legal tender and equivalent to cash within Canoga Park proper.

A flurry of Twitter activity ensued, with local followers trying to figure out what the enigmatic message meant. Twitter user @TopangaFunyun69 wrote "WTF man??? What note? Backwards how?" while @NordhoffDude69 tweeted "I don't get it. Where am I supposed to park my trailer to get the money? More info please!!!!" A few dozen tweets from similarly confused would-be treasure hunters followed before the mysterious benefactor offered up another clue at 9:48 a.m.

Unfortunately, the additional information did not prove as helpful as the anonymous philanthropist might have hoped. Within seconds, hundreds of replies appeared, showing that those in search of the envelope crammed with cash were still very much in the dark.

"Spell much? It's 'eaten' not 'eton.' Dumbass. So where's the money?" tweeted @BrosB4Vose. @PartheniumPrincess chimed in with "Seriously, WTF? Do I look like f_cking Velma from @Scooby Doo? Where my money at, bitch???" while moments later @Xposedplaya69 tweeted "TOO HARD!!! Where it at???? Tell me or I'm-a f_ck you up."

Meanwhile Twitter user @WyandotteDude69, transfixed not by the promise of riches but rather by the inexplicably long tweet, posted "Must be nice to be part of the #OnePercent where MONEY buys you 71 additional characters on Twitter. #Asshole."

It was 11:38 a.m. and hundreds of frustrated replies from followers later before the Twitter universe, or Twitterverse, heard from the cash dropper again:

A rare Twitter silence fell over @Hidden Cash's Canoga Park followers as they worked hard, wracking their brains to solve the latest riddle. But ultimately it was @LanarkParkWeed4U who successfully put the puzzle pieces together first and at 2:44 p.m. tweeted "Figured it out, losers - Eton Ave & Osborne St. Don't waste your time - I'm there!!!!"

But it was just a little too late:  the money had been found only six minutes before, according to the time stamp on a tweet from @RadekMurta69: "F_ckeeng found a wad of $$$ skating home from my f_ckeeng baby mamas place!!!!"

While life has certainly changed for the better for the jackpot's finder, many don't feel he's entitled to it. Already the hashtag #MurtaGiveItBack has been trending, or becoming popular. Others are voicing their frustration in different ways.

"I took the time to click the 'follow' button on a Twitter account of some guy I don't even know," says Donna Forbyn of Baltar Street, who goes by the Twitter handle @BaltarBeyotch4U, "and some douche on a skateboard just stumbles across the money? Just gets it for doing nothing? It's not fair."

She looks to her attorney who raises his eyebrows slightly and gives an almost imperceptible nod, encouraging her to continue as she speaks to the reporters at a hastily-assembled press conference. "It's not fair...and, uh, also it's racist!"
at 6:56 PM