In a peaceful show of empowerment, local women banded together Saturday morning here in the very bosom of Canoga Park and participated in a march to support women’s rights, social justice and civil liberties.

Open to everyone, the non-partisan march was a part of a vast movement to unify, empower and inspire women across America and “to help make our voices heard,” according to a Facebook page affiliated with the nationwide series of events. The Canoga Park march was organized to allow those—unable to attend the larger march that was held downtown—to participate locally and show solidarity with other participants in Los Angeles as well as across the country.

The march began shortly before nine a.m. at the 8200 block of Canoga Avenue and proceeded up towards Roscoe Boulevard. The marchers, which according to some estimates numbered as many as five, waited patiently for the ‘Walk’ signal and then headed across Canoga en masse and continued east on Roscoe. Along the way, others were inspired to join the band of activists, including a guy on a skateboard and two other guys heading to Home Depot to loiter around the perimeter of the parking lot.

The march continued for another approximately sixty feet to its terminus: a covered area featuring a series of benches. The peaceful march was evidently well-organized as traffic was not impacted nor were there any road closures scheduled for the event. A spokesman from the Topanga Division of the Los Angeles Police Department reported no vandalism nor violence throughout the slightly over six minute march, and there were zero arrests.

The historic march ended on a poignant, powerful note as many of those participating silently looked to the north, perhaps wondering what the future would bring.


Correction: Turns out what we thought was a Women’s March was just the ladies from Xposed’s midnight to 8:30 a.m. shift walking across the street to the Metro bus stop, waiting for the Orange Line and going home. We regret the error.
at 10:55 AM No comments:

Please note that Magic 8-Ball-based predictions and modern road repair are inexact sciences and the Topanga Boulevard Closure Schedule is subject to changes and additional catastrophes.

January 25:  “Suspicious Package” reported at side of road. Road and surrounding neighborhoods evacuated 6:02 a.m. until 5:32 p.m. (Turns out to be an empty Amazon Prime box discarded by a littering 'porch pirate.')

September15: Pedestrian loses contact lens while using crosswalk at Gault — everyone ordered to "just stop where you are, stay still, don’t move around," while she looks for it. All lanes closed from 2:07 p.m. until 11:38 p.m. when search is called off by tearful LAPD sheriff. 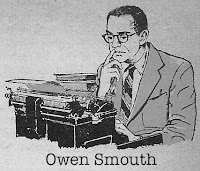 Donations to thrift stores in the Canoga Park area were “through the roof” in the days leading up to the new year, according to an industry insider, leading to an abundance of fresh merchandise on the charitable organizations’ shelves in the first weeks of 2017.

“Oh, yeah, it was ca-ray-zee,” laughs Trenice Campbell, Donation Intake Coordinator at the Salvation Army Family Store on Roscoe Boulevard. “The last week or so? Through! The! Roof! They kept me hopping with all those bags of clothes — some nice stuff, too — an’ Christmas decorations, an’ mugs for your coffee, an’ whatnot. They just kept coming an’ donating! Now don’t get me started on that last day, New Year’s Eve! It was off the hook! I’ve never seen so many donations!”

Most thrift stores in the area reported similar situations with increased drop-offs during the week of December 26 to 31. Says court-mandated volunteer D’onatio Nardone of Goodwill Owensmouth, “Yeah, all day long there was a line of cars [of] people dropping stuff off. It never ended. Next time I have to do community service, I’m signing up for freeway trash pickup instead.”

Donations were brisk at Assistance League Thrift store in the Ralphs Shopping Center as well, according to Joan Mitnick, who runs the cash register on Tuesdays, Thursdays, and sometimes Saturdays if Annette is out. “It was a little hectic. I had to coordinate drop-offs and keep an eye on the usual itinerants who wander in and spend the better part of the day ‘browsing’ and making everyone nervous,” reports the spritely volunteer.

“What we’re seeing is the annual uptick of people who have come across some bit of information leading them to believe that by donating these goods to charitable organizations by the end of the year, they can get a significant break on the taxes they owe come April 15th — maybe even get a larger refund,” says Albert Sheldrick, a licensed CPA, or Canoga Park accountant, and owner of Peppy Accounting on Saticoy. “However, what many of them fail to realize is that the value of a bag of threadbare underpants, a half-burned salted caramel-scented candle and a string of non-working Christmas lights is often less than what your accountant will charge for filing an itemized list of donations to what would otherwise by a standard 1040-EZ form.

“Or maybe everyone was just getting rid of crap, wanting to start the new year with a clean slate, free of useless junk and unwanted, thoughtless, last-minute gifts,” he concedes. “By the way, thanks for coming in and asking about all this. Here, take this complimentary National Lampoon Christmas Vacation Hot Sauce set, never opened. Seriously, take it, or it’s going in the garbage.” 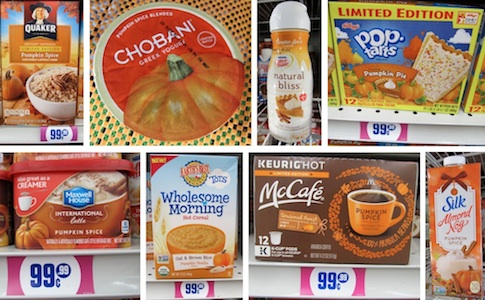