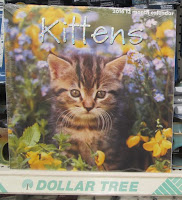 As Canoga Park residents get used to a new kitten calendar on their wall from Dollar Tree, they’ll also have to get used to a number of new laws passed by the Canoga Park Friendly Neighborhood Council that went into effect on Friday. Among them:


Council Bill 4522: Police officers or family members may seek a restraining order that bars a person deemed dangerous from possessing firearms for 21 days unless a “celebratory gunfire-friendly” holiday — such as Christmas Eve, Christmas Day, New Year’s Eve, New Year’s Day, Halloween, the Fourth of July, Shooting Guns Into the Air Day (varies by street), Valentine’s Day, Arbor Day or any of 74 other such recognized Canoga Park holidays — falls within that period.

Council Bill 9099: On December 31st, the statute of limitations ran out for Canoga Park residents to publicly complain — in person with others and online in the comments section below LA Daily News articles — about the regrettable decision to relocate Costco from its former convenient location at Roscoe & Canoga to the current hellish site at the Village at Topanga. Furthermore, local residents who have Costco memberships will be required to patronize the new store, despite the fact that driving over to the one on Tampa somehow ends up being a far less frustrating ordeal than visiting the Village with its already infamous parking issues.

Council Bill 9477: Following a rash of crude, snickering jokes overheard in the Ralph’s parking lot at Sherman Way & Shoup Avenue in the bustling Shermoup shopping district, pre-teen and teenage boys are now legally prohibited from referring to the Mediterranean restaurant located there as “Böner King.” Opponents of the new law have said that it infringes upon First Amendment free speech rights; others argue that it’s entirely plausible those unfamiliar with the business might make the mistake the unlit letter is in fact a B.


Council Bill 6828: Canoga Park will become the first area within Los Angeles to automatically register both eligible and non-eligible voters when they return cans and bottles to the recycling center located behind Boner—  ...eh, located behind Döner King in the bustling Shermoup shopping district at Sherman Way & Shoup Avenue. A further measure to automatically register potential voters upon swiping their EBT cards when making a purchase narrowly lost due to concerns that the voter registration info on the receipt could be confused with the Jack-in-the-Box customer survey.

Council Bill 38DD: All gentleman’s club employees working in Canoga Park can now allege pay discrimination based on the wages a company pays other employees who perform substantially similar work. Under the law, it will be up to employers to prove workers’ differences in pay are based on factors other than bosom size. The law, as amended, still excuses equal pay requirements where a wage differential is justified by (1) overall limberness, (2) agility and skill working the pole, and/or (3) distance employee can propel a ping-pong ball from his or her vagina.

Council Bill 6220: Canoga Park children now must be immunized against several diseases and their backpacks must be sprayed for bed bugs before being allowed to enroll in public school and be fed breakfast. In an effort aimed at increased compliance, Canoga Park High School will be offering a free vaccination / fumigation clinic during the school’s annual Bring Your Baby to Class Day.


Council Bill 7508a: This new law requires that “residents throwing house parties with live bands that can be heard up to three blocks away to (a) go ahead and have a good time, (b) show zero consideration to the surrounding neighborhood, and (c) aah, fuck it, go as late as you want because the police won’t do shit.” If a noise complaint is logged by the LAPD, the responding officer is required to “sheepishly apologize to the offending party-thrower and generally take his or her side by implying that the person who called it in is being unreasonable, but [the officer] had to check it out anyway.” A previous version of the bill covered only Valerio Street between De Soto and Canoga Avenues; the amended bill extends these requirements throughout all of Canoga Park.

Council Bill 8541: Canoga Park will now allow electrically motorized boards, or hoverboards, to be ridden wherever bicycles are ridden, including on roadways leading away from West Hills homes’ doorsteps with torn-open, empty Amazon Prime boxes roughly the size used to ship hoverboards.