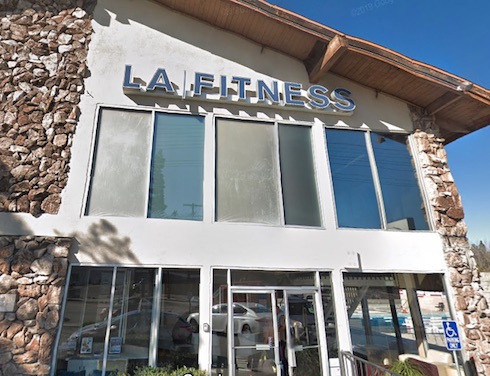 LA Fitness’ Chatsworth location is really closing for renovations this time, seriously, says corporate spokestrainer Shepherd Wolfe.  “Listen, we’re seriously closing on Sunday, I swear. We’re not kidding this time. If you think we’re kidding, well, we’re not. I promise," insists Wolfe. "‘Cause after Sunday, you’ll have to go work out somewhere else until June nineteenth of next year, when we’ll reopen.”

Industry experts predict that given LA Fitness’s track record for keeping to a renovation timetable, the updated gym — if it actually does close on Sunday — should be back open for business sometime in August of 2037.

The Chatsworth fitness center, popular with cranky retirees, reprobates, people with poor hygiene who don't wipe down machines, and the socially awkward — at least according to Yelp Reviews — previously threatened to close for renovations in 2018, 2016, 2015, 2013, 2012, and 2009. Each time, mitigating circumstances prevented much ballyhooed planned upgrades from moving forward at the last minute, much to the chagrin of members who joined the gym in 2009, 2012, 2013, 2015, 2016 and 2018 specifically on the promise of impending upgrades.

“No, this time, we’re serious. Really,” notes on-site facility manager Susan Elliott.  “Frankly, at this point, we have no choice. Members have been looting the weight room of all the Iron Grip 25-, 35-, and 45-pound plates for the past month and a half. There’s practically nothing left in there."
Related -  Editorial: Maybe if LA Fitness Actually Enforced Their Fucking Rule About No Fucking Gym Bags In Workout Areas, Thieving Douchebags Wouldn’t Be Stealing All Their Fucking Equipment