WEST VALLEY residents lined Sherman Way from Topanga Canyon Boulevard to Winnetka Avenue this morning to watch the 29th Annual Canoga Park Memorial Parade go by. However, as the parade route extended only from Owensmouth to Mason, spectators respectively west and east of those intersections were staring at mostly empty streets. 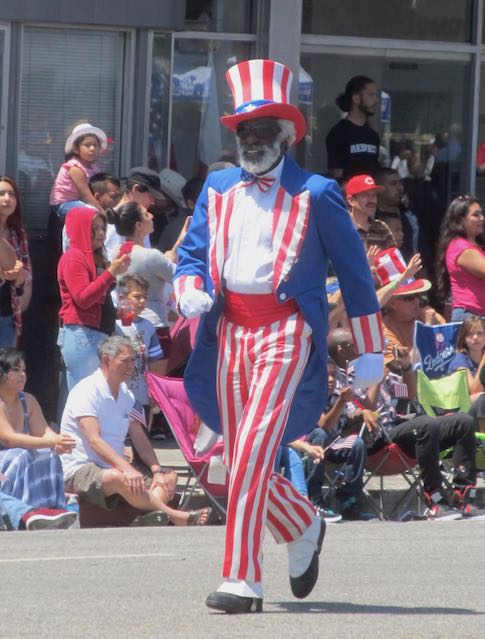 In all, about exactly forty-nine different groups, organizations, associations, and organized groups of associations— numbering nearly fifty in total — participated in the slow-moving flash-flood of memorialable patriotism, awashing eager parade-watchers in wave after wave of salty, refreshing civic pride.

Everyone and everything from not-yet-disgraced local politicians to lively marching bands, from high-kicking tae-kwon-doers to manure-strewing prancing horses marched, cavorted, pooped and waved to those along the route in a magnificent spectacle not seen in Canoga Park since the 28th Annual Canoga Park Memorial Day Parade approximately a year ago. 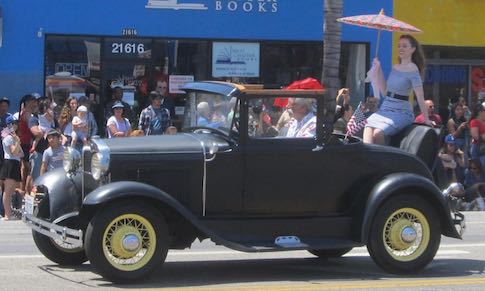 The parade’s theme this year was “Memorial Day,” and parade participants, or paradcipants, included a number of veterans and others involved in military service. Conspicuous by its absence was the inaugural appearance of The Canoga Park Quilt float, which was to debut this year for the first time.

“We spent $1200 on a custom-made Junior News Possum walk-around costume and like an idiot, I let [feature writer] Ingomar Schoenborn borrow it this past weekend for a ‘Furries’ convention in Palm Desert,” lamented Quilt editor Owen Smouth. “He gets back late this morning, the costume smelled all funky and no one wanted to wear it.  And without the damn possum, our float is just another 1998 Toyota Tacoma with cheap mylar bunting from 99¢ Only. We bowed out.” 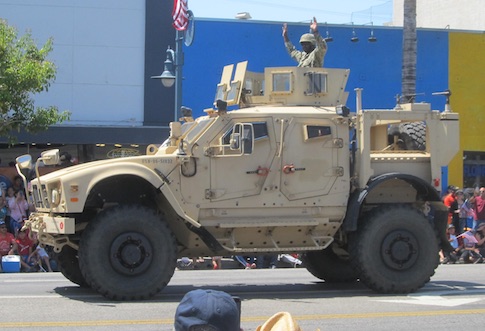 Despite the lack of the Canoga Park’s only online newspaper on both the internet and the world wide web traversing the arduous 1.2 mile route while its myriad of editors, photographers and graphic designers tossed handfuls of uncirculated 1964 Kennedy half-dollars to the crowds, the parade was a success, as these magnificent photos will attest.
at 12:27 PM No comments: