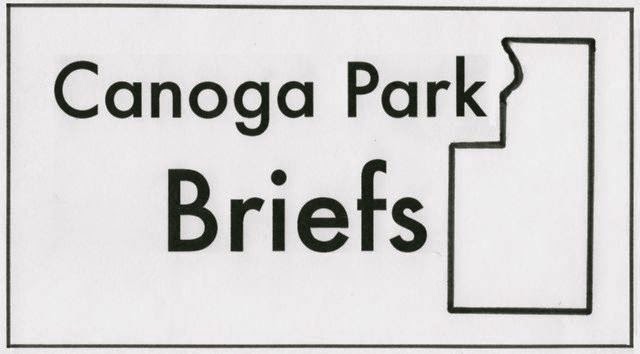 Six Copies Of ‘Frozen’ Returned To Redbox At Ralphs
The popular Disney animated feature ‘Frozen’ is now back in stock at the Redbox kiosk outside the Ralphs grocery store on Sherman Way at Shoup.  There was a run on the title Friday evening, leaving no copies in the machine as of 7:38 p.m. that day. While DVDs of the film were returned throughout the weekend, there was never more than one copy available at one time, and never for more than an hour before it was checked out again, until this morning when six discs were returned within a two hour period.

Canoga Park Sandmound To Neighborhood: Leave Me Alone
A sign on a small wooden plank has appeared on the large pile of sand dumped at the corner of Vassar at Valerio. [See Quilt 04/16/14 - ed.] Reading “DO NOT TAKE,” the hand-painted message advises against the pilfering of the sand by the community. While local school children have been spotted climbing on it they have for the most part obeyed the sign and not taken any sand save for what ends up inside their shoes.

* * * * *
Woman Gets Free Parking
Berta Van Wavern heard a strange pinging after putting a load of clothes into one of the dryers in the Lavanderia El Gringo laundromat located at 21720 Sherman Way and pressing the start button this past Thursday. She opened the door of the machine, automatically shutting it off, and fished around her damp garments until she found the culprit: a 2007 state quarter, featuring US president George Washington on the front and the logo for the state of Montana on the verso. “It wasn’t mine - I always empty my pockets.  I guess it belonged to whoever used the dryer before me.”  The lucky Valerio Avenue resident used her windfall in her parking meter outside, thus avoiding getting one of LA’s cripplingly expensive parking tickets.
at 10:30 AM