Local Family Stymied By Possum That Refuses To Leave 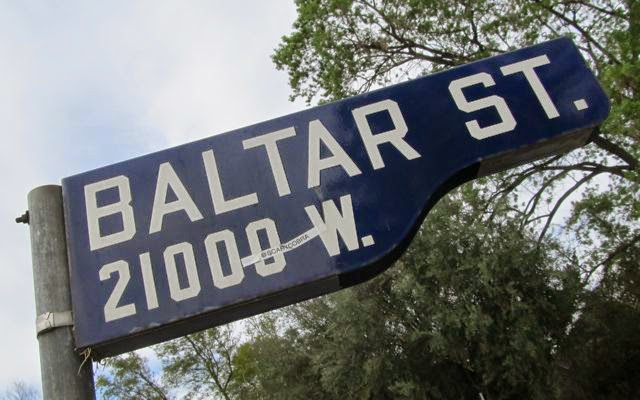 A Canoga Park family that hired a possum through Craigslist to clean up their yard is now dealing with an unexpected houseguest: the same possum who now has not only stopped working, but has moved in.

Raul Bracamoron says that for the first few weeks, the “whole situation was ideal” - the possum agreed to clean up the fallen and rotting pomegranates, avocados and oranges from the family’s backyard fruit trees in exchange for a steady diet of rotting pomegranates, avocados and oranges. But when the mammal found a hole at the edge of the back porch, it quickly took up residency in a crawlspace under the young couple’s home - and now refuses to leave.

“It just hisses at us,” says Marie Bracamoron. “We tried turning the hose on it under there and it really hissed at us, and now the part of the house over that area kind of stinks.”

What’s worse, says the family, is that the possum - who according to records obtained by the Quilt has also gone by the name “opossum” - has stopped cleaning the yard.

“The alley about a block away is full of feral cat feces, so it’s gorging on those instead. Our backyard is loaded with fallen fruit and now I’ve got to go out there and clean it up,” Raul Bracamoron continues. “And forget the squirrels! They don’t even make a dent in it - in fact, they’re the cause of most of the fruit on the ground in the first place.”

Police told the Bracamorons there is nothing they can do.

“They told me to call Animal Services,” Mrs. Bracamoron said. She did, and officials there advised the couple that the possum can come and go as it pleases - possums are not something they deal with.

“They told me they have no jurisdiction over wild animals. So apparently this possum is just welcome under my house, anytime it wants, to not eat my rotten fruit if it doesn’t want to, and basically harass my family. I’m a victim in my own home and it’s completely legal.”

The couple originally agreed the possum would have access to their yard to eat any rotted fruit, for free, if it kept the yard free of organic debris.

“But now it doesn’t do anything,” said Marie. “It stays under the house 90 percent of the day. I really did try to work with it. It goes out about dusk and then it’s back before I get up in the morning. So I told it, you either have to perform or you gotta leave.” The ultimatum didn’t do any good, she reports.

Finally, with nowhere else to turn, they called up a pest removal company to take care of the matter.

“Well, technically not a company,” Mr. Bracamoron concedes. “Do you have any idea what professionals charge?! Anyway, we found this guy on Craigslist who said he could take care of it. And he told us he also installs phone jacks which is good because we need one in the guest room - I mean, he was going to be under the house anyway...”

The guy, who Raul Bracamoron says goes by the name of “Lou,” crawled beneath the cozy, two-bedroom, mid-century home on Saturday morning.

“I thought it was going to be a pretty quick process, but apparently these things take time,” the homeowner says, noting that as of Monday afternoon, Lou was still under the house. "My wife says he’s been in and out all day, bringing I guess possum-trapping equipment down there," the father of three explains.

“But at least the end is in sight,” sighs Bracamoron as he walks to the backyard, kneels down at the edge of the house and peers through a tangle of cobwebs and cable wires in the crawlspace while training a flashlight beam into the opening before suddenly gasping. 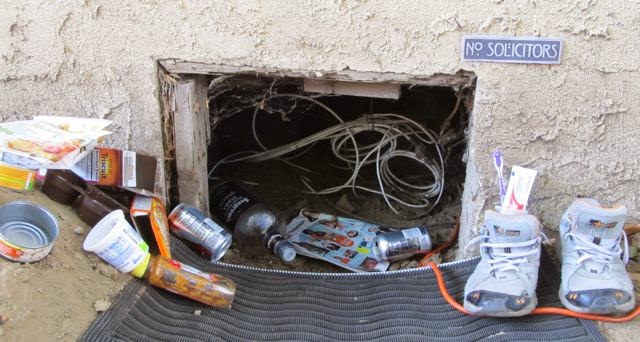