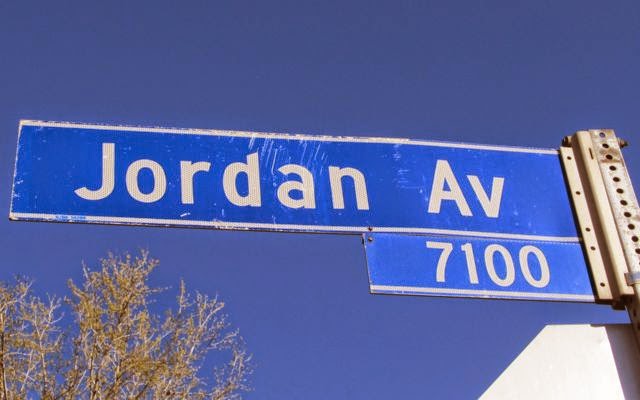 Three athletic figures, silhouetted against the afternoon sun, call to one another as they make the long and steep descent towards the ground.

“Heads up, Bryan,” one calls out. “Once you drop down another two meters you’re going to hit an updraft.”

“You be careful too - looks like you’re heading into that patch of pine needles we saw on the way up.”

The third, still near the peak, remains quiet as he snaps pictures with his smartphone. Finally, he breaks his silence. “Whoa. I can see all the way to Discount Birds from up here, guys,” he calls out.

But the scene above is not playing out on some craggy cliff way up near the north end of Topanga Canyon Boulevard.

It’s right here in Canoga Park. What’s more, it’s on top of a church, of all places.

“We opened the roof up to climbers last month,” smiles Pastor Kenneth Johansen of St. Paul’s Lutheran Church of Canoga Park. “The, uh, the collection plates have been a little light lately.”
It wasn’t a decision the members of the church made rashly, either. Some parishioners thought the idea of using a house of worship as an “extreme” sport venue was a bit unseemly, maybe even sacrilegious or disrespectful.

But this is a Lutheran church after all, and Lutherans are a genial bunch - renowned for their understanding, compassion and most of all, progressive attitude toward faith and fund-raising.

“Eventually, pretty much the entire congregation came around," explains the clergyman, "especially after we got notice from Missouri that the residuals on ‘Davey & Goliath’ had finally expired. Man, that kid and his dog were a cash cow, er - a blessing for the entire synod for decades. Decades.”

For a suggested donation of $30, local AMGA-certified climbers can avoid the 5-mile drive to Stoney Point and instead head over to the corner of Jordan and Valerio, in Canoga Park's devout Jordalerio neighborhood, and traverse the north side of the local church, enjoy the view at the top, and then rappel down the south side. Those who aren’t certified can hire a church roof climbing guide to accompany them.

“This wasn’t what I expected when I received the calling,” says Vicar/Sherpa Mark Salfen as he absentmindedly adjusts his rigging and nervously whistles “My Hope Is Built On Nothing Less” before taking a group of six women, one celebrating her 50th birthday, up the north face.

The church is open for climbing Monday through Saturday, 10 am to 6 pm. Reservations are required.

“We originally were trying it seven days a week," Johansen explains. "But last Sunday, during my sermon, I was quoting from 1 Thessalonians, 4:16 - you know, ‘For the Lord Himself will descend from heaven with a shout, with the voice of the archangel and with the trumpet of God,' and so on - and of course, that’s when one of the climbers reaches the top out there and starts jumping up and down and yelling ‘I made it! I'm here! I’m king of the world.’


"Well, that caused quite a scene here in the nave. I thought we were going to have to call an ambulance for poor Gracie Dorchek.”
at 4:11 PM