Canoga Park Sand Mound Takes 'Ice Bucket Challenge'
The Canoga Park Sand Mound, the municipally-protected landmark located on the southeast corner of Valerio and Vassar, joined the ranks of thousands of others nationwide on Tuesday afternoon in participating in the "ice bucket challenge," the social media-driven fundraising stunt that raises money for ALS research. The popular activity, which over the last week has gone viral, or quickly become a widespread phenomenon, involves the overturning of a bucket or similar receptacle containing a mixture of ice and water on oneself. In doing so, the feat is accomplished and the subject can dare someone else to do the same. While it is unclear exactly how the Canoga Park Sand Mound - a large, amorphous pile of sand - was able to perform the challenge, it is further puzzling how in doing so, money is raised in the fight against Lou Gehrig's Disease, yet multiple sources have confirmed both as having occurred. Having accomplished the "Challenge," the Sand Mound has thrown down the gauntlet at the roots of another local municipally-protected landmark, the Canoga Park Nude Palm, which has 24 hours to comply.

* * * * *
One Year Later, Assistance League Thrift Store Volunteers Admit To Being No Closer To Mastering Needlessly Complicated Cash Register
A sign at the thrift store operated by the Assistance League of San Fernando Valley asking customers to please be patient as the volunteers who work there are "being trained to use the new computerized cash register" remains taped to the counter since the thrift store opened over a year ago in the Ralph's shopping center on Shoup and Sherman Way, in Canoga Park's bustling Shoupman neighborhood. "I found this amazing buffalo plaid 50s Pendleton there the other day, and I see this monstrosity of a cash register - it's like a Macintosh Performa from about 1995 that they retrofitted with a cash drawer," says vintage flannel shirt fancier Brian Rauschebart, 28. "And I'm like, 'whoa.' That thing scared me and I'm totally into old-school technology. It took like fifteen minutes to ring me up. They somehow managed to charge me sales tax three times on one item, but it's all good." Says Joan Mitnick, a volunteer at the store, "Oh, that God-blessed computer! Last week I just gave up and started figuring out the totals on a piece of scrap paper. And I told Annette I'm going to stop coming in if she puts me on the register again!"

* * * * *
Canoga Park Elementary Introduces New Classrooms To Address Overcrowding
Students at Canoga Park Elementary started the school year with a slightly larger campus thanks to the addition of three new classrooms, each an individual shipping container located in the playground area, the result of an LAUSD pilot program to ease overcrowding. The repurposed steel boxes measure 20 feet long by 8 feet wide by 8 feet tall and feature a front entrance that can be locked from outside, but no windows, which according to 3rd grade teacher Judy Maxwell "cuts down on distractions."  Since the units - whose manifests indicate were most recently used to transport drums of industrial lubricant, Happy Meal toys and bulldozer treads from Qingdao, China - can be hoisted onto tractor trailer trucks and transported, "field trips will be a breeze. Lock the door, put it on a truck, and then a half-hour later they're at Leonis Adobe and no one goes anywhere until I get there with bolt cutters to snip the cable tie on the latch," Maxwell said. The sturdy, rectangular boxes will soon be an economical answer to crowded classrooms at many schools across the city, according to the LAUSD website. Says Kayla Pfeiffer-Gonzalez, 6, of her new classroom, "I like it. It smells like new tires."

* * * * *
Local Misanthrope 'Positively Gleeful' Over Anti-Noise Quality-of-Life Program
Recent news of the Los Angeles Administration Citation Enforcement has at least one Canoga Park resident excited. Téodor Pasternak, 44, who has been described by neighbors "a troublemaker," "an inveterate complainer," "a jerk," "a pain-in-the-ass," "a real dickwad," "a jackass," and "a nasty, miserable son-of-a-bitch," among other things admits to being "thrilled, just - just positively gleeful" over the program that will enable police to issue citations for such quality-of-life disturbing incidents as barking dogs, gas-powered leaf blowers, and loud music. Standing on his back porch and pointing in various directions, he laughed, over the din of barking dogs, gas-powered leaf-blowers and loud music, "You're gonna pay, you're gonna pay, you're gonna pay, and oh ho ho, you people, you're just going to get shut down for good." Pierce College Winnetka's professor of municipal political science Dr. Morris Detzer cautions that Pasternak's optimism may be a bit premature. "The legislation as it stands essentially requires residents to be held accountable for their own actions or be fined. As such it makes perfect sense and therefore will never, ever be implemented in LA. Frankly, I agree with his neighbors. Why doesn't this asshole just move?" 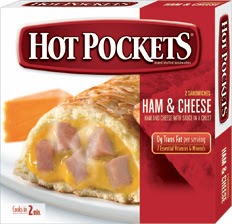 News of Nestlés impending relocation of its local manufacturing plant to Kentucky has been especially hard to bear for the surrounding Chatsworth community which stands to be severely impacted by the closure, but film production company "Girlz-On-Girlz Filmz" - which according to its DBA filing, specializes in "adult films starring an all-female cast" - is already in talks to purchase the 184,000 square-foot facility. Though the plant will eventually have its machinery dismantled and removed so the new owners can transform the building into a state-of-the-art video production studio, a spokesperson for Girlz-on-Girlz Filmz insists that they intend to continue to refer to the property as the "Hot Pockets Factory."
at 5:29 PM